Gabby is a young man full of resources. He found a way to get an income to pay his way through higher studies.

Gabby is from a village on the bank of the Zambezi river in Zambia. He started as a pre-school teacher but then studied to be a school teacher.

In order to pay for his studies, he acquired a camera as he saw the demand for photos in the area. At the time, the camera was one that was using films and at the week-end, he would go to Namibia in order to have the rolls processed. Namibia was the closest place for him to go, and transport is not the easiest thing in the area.
With time, he upgraded to a digital camera and later on, his own Canon printer (you know, those small printers that you can only print photos, directly from the memory card).

Unfortunately, once Gabby graduated as a teacher, he could not teach in the village as his degree was from a private institution and the government schools would not recognise it. It is sad to see the efforts ill-recognised when he did managed to go through his studies.

But, not one to give up, Gabby is now teaching for free, after work every day: he is supporting high schools kids with their homework and he is quite popular.

During the day, Gabby works for an NGO which is supporting Orphans and Vulnerable Children, through building of houses for them and their family. The NGO receives the support of international volunteers to build the houses and Gabby is, there as well, a fantastic teacher. You would not believe how difficult it is… looks easy but to do…

Gabby has a lot on his plate as he still continues with the photos, being still the only one in the village who provides this service.

Gabby is very proud of his family, in particular his baby daughter, to whom he want to provide the best he can. 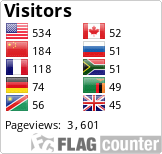